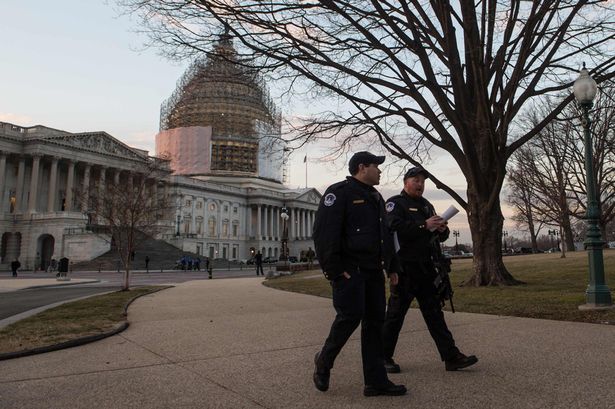 Way back in 1995 I worked in the U.S. House of Representatives. And later in 1999-2000 I worked nearby and visited the House office buildings frequently to bank, visit friends, and attend business meetings. Each time I entered the Capitol or office buildings there was three to five Capitol Police at each entrance providing a pre-TSA level of scanning for everyone and their packages. Well, not everyone. Members of Congress could bypass the security. The police also had heavier arms and armor stored nearby to increase their effectiveness and intimidation.

There was also an on-call quick reaction force ready in case of a terrorist attack. Since this was before 9/11, I am sure that the security is even more intense these days.

The Capitol Police and many others knew that the protest was going to happen, and they prepared for it.

“We have been told there will be increased security on January 6th for any potential demonstrations,” said Ashley Phelps, a spokesperson for House Administration Committee ranking member Rodney Davis, R-Ill.

Eva Malecki, a Capitol Police spokesperson, said the department “has comprehensive security plans in place and we continuously monitor and assess new and emerging threats, with the overall goal of keeping those within the Capitol Complex safe and secure.”

A premier police force with an elite level of personal protection training, and regular events to hone their skills should be able to repel a few hundred protesters that got past the outer fences. Such an organization should never let any of them past the doors, and into the inner chamber.

So there are only two options to explain the breach of security by unarmed protesters.

Either answer is a bad one. The US Government has a serious problem.

Update: Why did the Capitol Police retreat when they had this fence line under control? It looked like some protesters were behind the line already. The police may have wanted to fall back to strengthen a smaller and easier to defend fence line. It is hard to see in such a short video.